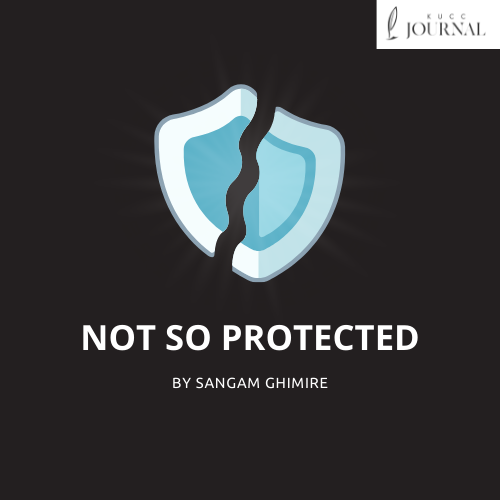 We are enslaved to the artistic realm of tech for almost every work that we perform. We have a skewed intuitional notion about the technologies we employ. That does not appear to be the situation at all.

What do you think is the foundation of truth? Where do you think we take a stand? What is the motivating force behind our irrational beliefs?

Are you aware of the Big technologies and their way of working?

Would you rather believe me if I told you that one-fourth of your life is spent in the digital space? When compared to the early 10’s, this is a cent per cent gain. Aside from the outrageous rise in engagement in the digital domain post-Covid, effective insightful chirping is yet to be seen.

The globe was anticipated to remain free of conflicts and battles for a long time after World War II, but the ‘cold’ war sprang out swiftly. We hadn’t seen a power fight on a new, less waded virtual battlefield, though. The development of spies and the use of technology for their activities during and after the Cold War altered the curves of the future in unexpected ways.

In the present, the speed at which a layman’s access to the most modern technology of the era is being made accessible is commendable, but the lack of understanding of how these technologies can intrude their ‘Not-So-Personal’ space can be a source of considerable concern. The phrase “Personal Space” was first used in the 1960s to refer to one’s psychologically owned space, but as we can see, this is no longer the case. The space has become a virtual bubble of data that can in no way be described as personal.

Have you ever come across the name “George Orwell”? Doesn’t ring a bell? 1984 by George Orwell?? Of course, now it does!

So, while I was drafting this article, I came across a paper which was about “The invasion of Privacy,” written by Christopher H. Pyle. This article solely focused on the main idea of privacy and also on the prediction made by George Orwell and even some contradiction to his idea. I am reflecting on an idea from one of the paragraphs of the research paper which says“ As Orwell predicted, ministries of state security have found the new technology for invading privacy irresistible; indeed, they have pioneered its development.” For example, much of the early research into hallucinogenic drugs was conducted by the army and the CIA, sometimes with tragic results for unsuspecting human subjects. Computers, which most Americans associate with the socially conscious International Business Machines Corporation, are equally the brainchild of the military intelligence services, which have used their wizardry to breach the privacy of foreign and domestic communications.
As if this were not enough, officials use the same sort of secrecy ploys used in 1984 to deprive the people of accurate information and to distort history. Orwell understood that the primary purpose of all official efforts to debase language and undermine the reliability of information is to strip citizens of the capacity and confidence to make moral judgments about the government’s use of power.

In simple words, if we want to summarize the concept from the above paragraph, it simply demonstrates chillingly that nothing invades privacy more than the manipulation of communications in order to destroy the ability of individuals to know the truth and thereby defend themselves against psychological manipulation.

Many of us believe that this digital space, which we use to express our personal views, concerns, and activities, is being thrown out without the user’s consent and left in the world of zeros and ones to either work as a tool to gain more control over the layman or to earn tons of money via various digital methods and medium for the top 1%, who still have access to more than 80% of global wealth via various digital methods and medium.

On one hand, while the impact of cutting-edge technology on facilitating virtual social interaction is commendable, its impact on reducing physical engagement, drying and dying human empathy, a factor in a variety of personality disorders, should also be considered. Early screen exposure on a child is a risk factor for obesity and sleep issues, according to a study published in the “US NATIONAL LIBRARY OF MEDICINE”.

Aside from that, we have some evidence on how the invasion of our personal space has not yet been a deciding factor at all.

Only in the year 2021, as reported, have we had some situations that might make us swallow our words:

Considering the fact that the global population stands at about 7.753 billion, the data breach of about 5 billion records should have been a matter of trouble but still not enough light is being put upon. This year’s records are at an all-time high, as they were in prior years too. We’d be fools to believe such a large amount of data could be obtained in a day or two. This has been a methodical process for a long time before finally being this naked.

Not only that, but the fundamental components that underpin human life are also being pushed into this unified digital world. Despite the fact that the world’s greatest economies remain wary of digital assets, their rising appeal and acceptability might be the topic of research. Following the invasion of our personal space, it has been brought forward in the United Nations that our digital pockets are also being invaded in the quest for power.

The fascinating talks about meta developing its own universe called ‘metaverse’, the talk of the town ‘web 3.0’, ‘NFTs’, ‘Blockchain’ and others that we never thought of before. The fear that this turns out to be a “wall of worry” prevails much deeper than supposed. Technology can for sure give birth to new opportunities for privacy invasion, manipulation, and control, but it does not by itself create the structure of power that commits those abuses, there. Moreover, Technology can also improve the quality of arrest records since computers can be programmed to block the distribution of incomplete records and to purge outdated information systematically. As in Orwell’s words, the idea of political challenge would be surely agreed, too, by wresting these systems from the exclusive control of professionals and technocrats and restraining these professionals and technocrats to think in larger, more humane terms.

Now my dear readers, don’t you think the time has come for us to actually think hard about cultivating a solid data protection culture?

Despite all these, we are on our own and solely responsible for all the goodwill of ourselves.