Black holes are one of the most amazing and intriguing things that we can find in our entire universe. You might be curious to know its attributes. In short, black holes are the last state of a massive star, in which the core collapses within itself due to immense gravity to form a funnel in space-time, which never ends.

This guy sounds awesome — let us get a picture of it! Well, not so fast. No particle or even electromagnetic radiation such as light can escape from it, which makes it impossible to observe.

Despite such traits, this bad boy leaves traces of a ring of light of hot plasma zipping around it, which reveals the black hole’s event horizon. Einstein’s equation predicts the shape and size of this ring, and acquiring its picture will help to verify that those equations holds the extremist of the conditions in the universe. Now, without further ado, let’s get the picture of the traceable sides of a black hole.
Again, hold your horses! Black holes are so far away from us that these rings will appear astronomically small from the earth. It’s like taking a picture of an orange on the surface of the moon.

The equation says, “In order to see smaller objects we need to make our telescope bigger and bigger”. Again, even with the assistance of the most powerful telescope on earth, we cannot reach close to it. For reference, Figure: 1 is the highest resolution image ever taken of the moon, and it contains roughly 13000 pixels. However, you can nearly fit 1.5 million of those balls of vitamin C in a single pixel. So, how big of a telescope do we need to see an orange on the moon’s surface? The answer is 510.1 million km squared. You guessed it right! It’s the size of the earth! It is almost impossible to create such a thing unless you are a green guy with a UFO.

What can we do? It turns out that we can use the magic of computers to create a computational telescope that is the size of the earth, just to take the picture. To do so, we will scatter some powerful telescopes around the globe and synchronize each of them with precise atomic clocks. These telescopes will work together to freeze lights at those instances to collect terabytes of data simultaneously (remember those atomic clocks). To make it more elegant, imagine the earth as a large spinning disco ball as in Figure 2. Now, imagine those telescopes are the individual mirrors like those disco balls, which collects light individually and then combines it to create a full picture. Though covering the whole planet with those mirrors is difficult, but, we can fill them in little spaces and use earth’s rotation to observe different parts of the image. Despite those clever tricks, there will still be gaps in the image; however, we can solve this problem by using advanced algorithms to fill those gaps.

Well technically speaking, the answer to this question is a big yes and even a big no! We can only see some samples, but there is an infinite number of possible images that are consistent with our results. Now, this is where computer science shines! We can create algorithms that can find the most reasonable image fitting our results. Those algorithms can be considered as a forensic artist who creates the face of the criminals using descriptions. The algorithm ranks the possible images and chooses the most likely image. But here’s the bummer — we have never seen black holes before. What should we assume about the structures of the black holes? We could take a little help from Einstein’s equations, but we still want the picture of what is really happening! If we relied upon Einstein too much then we will get a biased result. In other words, we would like the option open for a giant alien Vacuum cleaner to exist inside a black hole. One way to solve this problem is to impose the features of different kinds of images and see if we get the same results each time. It’s like giving the same description to different sketch artists around the globe, and if all of them produce similar faces then we can be more confident that there are no biasness. Finally, (the drum roll please!) we can complete this puzzle by putting together all of those pieces and obtaining the picture of the bad boy of the universe.

If you are planning to make a run for the Nobel Prize using this ingenious technique, then you are a bit late. On 10th April 2019, a group of dedicated astronomers, physicists, mathematicians, and engineers of Event Horizon Telescope revealed the first-ever picture of a black hole (Messier-87). Similarly, Katherine L. Bouman, a graduate-level computer science student at MIT, was credited for the development of such a powerful algorithm. Without her immense contribution, achieving this milestone would not be possible. 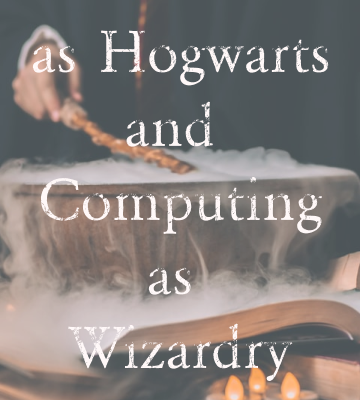